In our grim and grimmer world, the dragon has awoken.

Bad news has flapped its way to the front lines of reality, and it just exhaled. The White House has embraced lawlessness; the Justice Department is enabling it. Five justices of the Supreme Court and several state legislatures are setting fire to decades of precedent and imposing a deeply regressive agenda. Ignorance is rampant. Millions will suffer.

As this multi-headed draconian dragon arises, we mobilize. Practically overnight, more than 650,000  citizens of the internet rushed to petition site Change.org to demand … that HBO remake season 8 of Game of Thrones.

Which, of course, still has one episode left to go.

Signatories cited their disappointment over Daenerys’ (not-so-sudden) turn to the dark side, the Night King’s admittedly sudden defeat, “and Bran’s role has been a bit like, ‘all that journey to do what?'” as one angry British fan wrote. (That complaint at least may be a little premature, if the betting markets are correct.)

But he was not alone. A Twitter account called Remake The Last Jedi soon sprung up soliciting donations for its version of the $200 million movie. The account is still active, and has taken to posting cryptic photos alongside a change of hashtag — #remakingthelastjedi — archly suggesting the $73,000 pledged was enough to fund a full-on blockbuster remake.

Welcome to the Choose-Your-Own-Ending generation. Fueled by the interactivity of movie-like video games, sparked by all those Choose Your Own Adventure books they devoured as kids, freshly sparked by Black Mirror: Bandersnatch and its ilk, today’s entertainment-consuming adults are not primed for passive acceptance. Social media and especially YouTube provide the forum, the impetus, and an echo chamber sufficient to turn the angst of a minority into a deafening howl.

If they perceive an insult to their heroes — their mental image of how Daenerys Targaryen or Luke Skywalker should act — they will denounce the screen version as a heretical mimic of the “real” thing. It’s common in Last Jedi hater circles to refer to the onscreen version as a doppelganger named “Jake Skywalker.” Can “Dabby Targaryen” be far off?

To quote Fred Savage, the storytime child in The Princess Bride, “Hold it, hold it! Grandpa, you read it wrong!” We are now apparently a nation of Fred Savages, angrily explaining to the Peter Falks of the world that the story doesn’t end like that, even before it’s ended.

But how should the story go instead? There we rarely get more than a few minutes of vague plot wishes that quickly circle back to the more comfortable territory of what went very wrong.

So urgent is the need of these fans that they have bypassed the once popular interactive means of finishing the story your way — writing your own version.

*banging pots and pans* CANON IS BORING FANFIC IS POWER

But hey, who has the time to write fan fiction? That would entail making some hard story choices yourself. Besides, there’s no guarantee anyone would see it. Far better to pout and demand a different ending from the Peter Falks, and/or create a Twitter account that pretends you’re rewriting it. That way lies exposure.

Where did this start? Where did we get the idea that petitioning the writer of a story for a different ending to the story would get some kind of result? We used to accept that any particular act of storytelling is, for everyone but the storyteller, essentially passive. It’s designed that way.

You like it or don’t, you recommend it to others or warn them away, but it’s a story. It exists on its own terms. You absorb it, if it’s good you recall it, if it’s not maybe you write something better, but either way you move on.

Perhaps the groundlings of the Globe Theatre felt Romeo’s suicide was too swift and unrealistic (shouldn’t he at least have checked Juliet’s pulse?), but they wouldn’t have thought to demand Shakespeare write an ending that is significantly kinder to lovesick teenagers.

Charles Dickens’ Old Curiosity Shop was so popular in the U.S. that crowds swarmed the piers in New York when the final episode arrived, but the ships were not sent back with any petitions demanding Little Nell be brought back to life. (Spoiler!)

One giant leap towards the new mentality came with the Star Wars Special Editions and prequels. We saw George Lucas tinker to a possibly blasphemous degree with his own creation in the former, and many of us wished the latter had been more tinkered with. The possibility of change had been offered, a dire need for change unearthed, and there was a new, entirely legitimate but also Fred Savage-esque rallying cry: Han Shot First.

Still, even after the near-universally-loathed Attack of the Clones was panned 17 years ago this month, there were no contemporary calls for Star Wars  remakes. It wasn’t until this decade that prequel haters started dreaming up better versions of the scripts in highly popular YouTube videos.

Around the same time came the most enabling moment in the history of the Change-The-Ending generation: a widespread call to revisit a story conclusion actually worked. The conclusion to the intergalactic role-playing video game Mass Effect 3 was hated by many — but instead of telling fans to lump it or to create their own modded versions, in 2013, developer Bioware quieted the mob by bringing out a new ending.

Video games are different, of course. Players do actually have some influence on the ending — that’s kind of the point — so it’s not too much of a stretch to demand a new one. And yet by capitulating and  tacking on a chunk of new content to the end of a massively popular franchise, Bioware may have unwittingly opened a Pandora’s box of possibilities.

If we are writing petitions to change tv shows, then I’m starting one asking for scrappy doo to be digitally removed from all scooby doo episodes.

The Venn diagram of “Bioware gamers” and “people who get protective about their idea of Star Wars” probably has a significant overlap, so the Last Jedi remake noise should come as no surprise. Nor is the possessive, insistent approach to Game of Thrones particularly shocking. It has Game right there in the title. Aren’t you supposed to want your favorite to win by any means necessary — including working the refs?

In both cases, there is a creator no longer involved whom the crowd can claim is being betrayed. “George wouldn’t do that!” both disaffected groups cry — ignoring that George Lucas supplied the idea of broken old hermit Luke in the first place, and that George R.R. Martin told the Game of Thrones showrunners how his Song of Ice and Fire series is going to end.

But there’s a more sinister aspect to all this that I fear will attach itself to whatever entertainment franchise is next to grip the world’s imagination — an ineluctable mob mentality, a sense of storytelling privilege. One that may only grow alongside the problems of 21st century politics.

After all, the worse things get in the political realm, the more we want to lose ourselves in stories for the sake of our mental health. There, at least, we can rail that stories are supposed to make sense to us, in contrast to the cruel nonsense that currently passes for news.

Plus, the longer any epic goes on, the fewer of us get the ending we gamed out in our heads, so there’s always more grist for our fury — and more of a mob that agree that the story has gone “wrong”, even if they don’t always agree on why.

In the fantasy world, we can channel frustration at our perceived inability to control the real world’s narrative. Imagined injuries to imagined characters on our screens can take primacy over genuine injury outside our windows, if you yell loud enough about it.

As the true story of democracy comes under threat from bullies, it would be a tragedy if we end up more focused on bullying creators into treating stories like democracies. 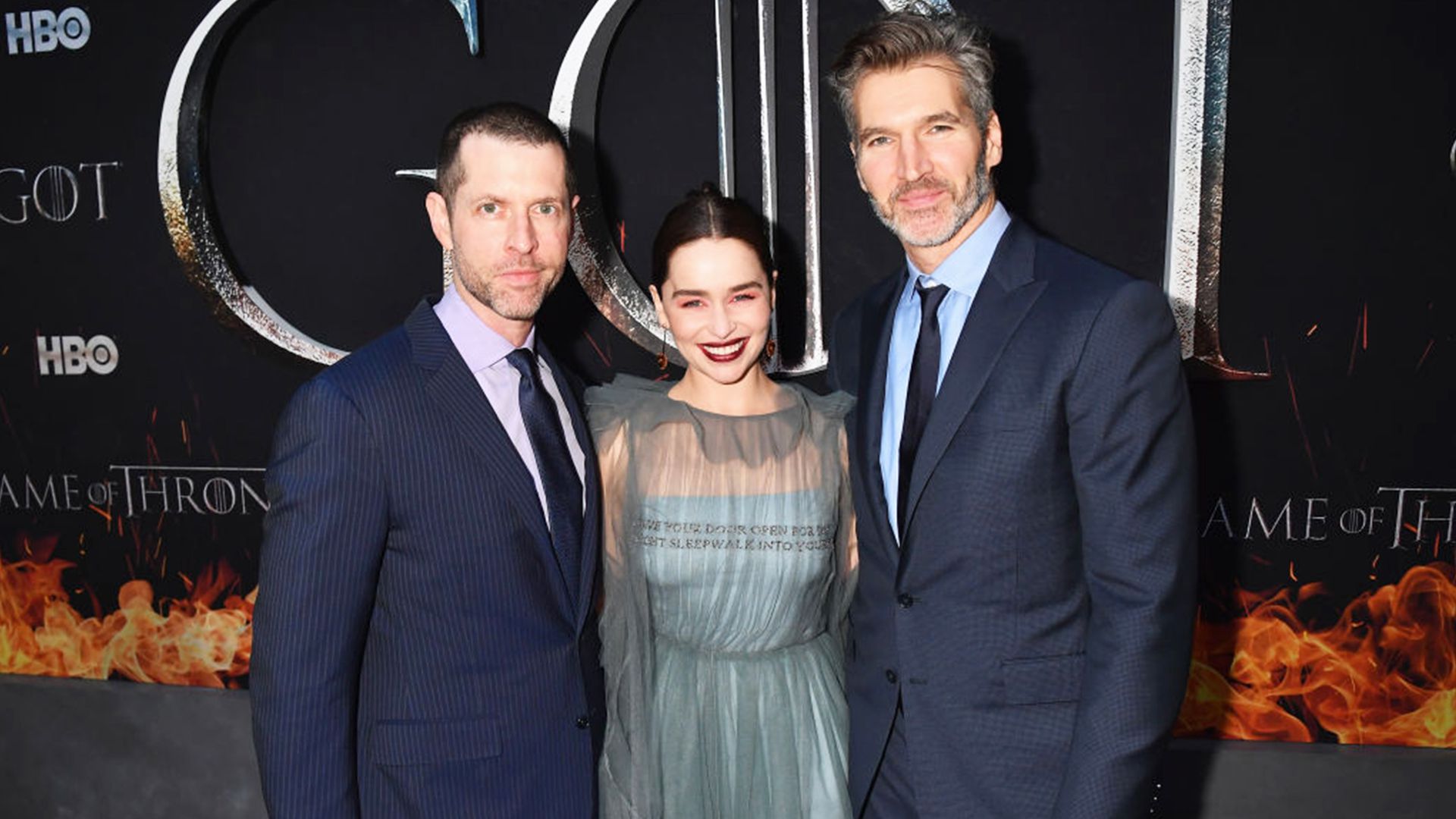